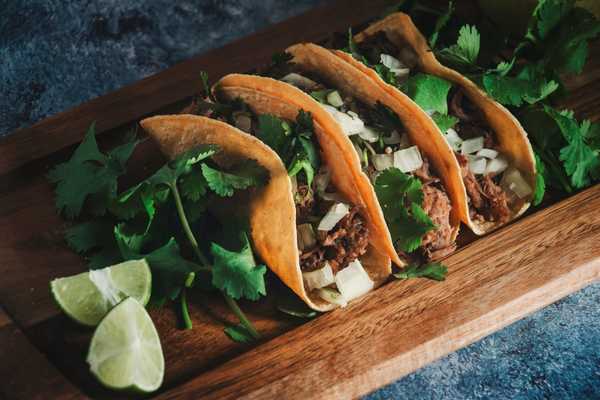 Most of us love a little Mexican food to spice up our mealtimes. However, if you often confuse your tacos with tortillas or your burritos with bolillos, never fear. We’re here to unravel the mysteries of Mexican takeout and restaurant terminology.

There’s a lot more to genuine Mexican dishes than ubiquitous enchiladas and everyday chili con carne, which are more Tex-Mex rather than pure Mexican. Mexican cuisine is rather complex with a lot of Mexican dishes being based on recipes as ancient as the Olmec, Aztec, and Mayan civilizations which once inhabited the colorful country of Mexico.

THE MAIN INGREDIENTS OF MEXICAN MEALS

Then, as now, the main ingredients of Mexican meals were corn (the staple food of Mexico), chili peppers, and wonderful fresh fruit and vegetables like tomatoes, squash, potatoes, spinach, avocados, mangoes, pineapple, guava, bananas, beans, and mushrooms. Historically, Mexicans had no meat or dairy products in their diet. It only changed when the Spanish conquistadors arrived in the 16th century with their domesticated animals and introduced the art of cheese making.

A GLOSSARY OF MEXICAN FOOD

Aguachile – A Mexican shrimp dish, the seafood being submerged in liquid seasoned with chili peppers, lime juice, salt, coriander, and a slice of onion

Albondigas – Mexican meatballs, generally made of pork and beef. Not indeginous to Mexico but a dish imported from Spain, given Mexican flair with the addition of spicy chipotle sauce

Arroz (Rice) – There are numerous different ways in which rice is prepared. Seafood rice, for example, is Arroz a la Tumboda, yellow rice is Arroz Amarillo, and rice with eggs is Arroz con Huevo

Barbacoa – Origin of the word “barbecue” but in Mexico it usually refers to fatty, pot-roasted meat slow cooked with onions and cilantro, then served up on warm tortillas, garnished with guacamole and salsa

Birria – Originating from the Mexican state of Jalisco; it’s a spicy stew, traditionally made from goat or mutton meat marinated in spices, but beef or chicken is also used. It is usually served with corn tortillas, onion, and lime

Bolillos – Traditional Mexican bread rolls similar to a baguette but shorter and usually stone-baked; crunchy on the outside with a soft inner

Burritos – Popular Mexican and American street foo, a large wheat flour tortilla is wrapped around a filling with one end closed to form a cylinder. Filled with meat, cheese, rice, vegetables, and/or beans

Camotes – Sweet potatoes, which have been an indigenous food in Mexico since the dawn of time. Today they represent one of the oldest Mexican street food traditions; camote carts sell sweet potatoes, cooked on a bed of charcoal, served with strawberry jam and condensed milk.

Carne Asada – Marinated, grilled, sliced beef, cooked so there is some charring to impact flavor. The cuts used can be skirt, flank, or flap steak and the marinade varies. Carne Asada can be served as a main dish or can be sliced up and used as a filling for burritos, tacos, and tortillas.

Carnitas – A Mexican version of pulled pork, it’s created by braising a large cut of pork in lard in a heavy bottomed pot over heat until tender, which can take up to four hours. Herbs such as cumin, oregano, marjoram, thyme, and bay are added along with chilies and garlic cloves. Once tender, the outside of the pork is seared to crisp it. The meat can be flaked away and used to stuff tamales, tacos, tortillas, and burritos along with guacamole, salsa, and refried beans.

Chalupa – A genuine Mexican specialty, Chalupas are created by pressing a layer of masa (corn flour) into an oval-shaped mould. This is then deep-fried to produce a crisp, shallow, corn cup. These crispy shells are traditionally shaped to resemble the hulls of a ship. (Chalupa is actually the name of a boat.) Mexican Chalupas are filled with salsa while being fried. Traditional Chalupas are then lightly topped with any of the following: Queso Fresco, shredded lettuce, fresh cilantro, shredded chicken, or pork.

Chili Relleno – Chile peppers (ancho, anaheim, poblano) with skins removed are stuffed with cheese or minced meat, then dipped in an egg batter or masa, deep fried, then covered with a spicy red sauce

Chimichangas – Classified under the label of Tex-Mex, a southwestern USA adaptation of a Mexican dish, it is, in effect, a deep-fried burrito. It’s made by filling a flour tortilla with ingredients such as rice, cheese, shredded meat, or vegetables and, once folded into a rectangular package, deep frying it. Usually served with salsa, guacamole, and sour cream

Elotes – The Mexican word for corn on the cob, a popular street food that is either boiled or grilled (or both). Elotes are usually served on a stick, and condiments such as salt, chili powder, butter, lemon or lime juice, and mayonnaise can be added

Enchiladas – Corn tortillas which are rolled around a filling (usually meat, cheese, beans, or vegetables) and smothered in a red or green chili sauce

Fajitas – A modern Tex-Mex take on tacos, the name refers to the cut of beef originally used in the dish (skirt steak) which is fried with onions and bell peppers and served on a tortilla. Condiments can be added to taste (sour cream, guacamole, salsa, cheese, and/or refried beans). Fajitas can be made with all types of other meats or seafood or vegetarian options.

Flautas – Small, snack-size tortillas rolled up around a filling and fried until crisp. They are then topped with sour cream and guacamole. They are also referred as taquitos.

Frijoles Refritos (Refried beans) – a very popular side dish, pinto beans are usually used for this dish. They are soaked overnight, stewed, then drained and mashed into a paste. The paste is then fried with onion and garlic in lard (ideally, although vegetable oil or butter are alternatives) and seasoned with epazote (wild herb) and other herbs and spices.

Gorditas – The Mexican equivalent of a pastry, they are made with masa dough and shaped as thick rounds, which are then baked or fried in a wok-like pan (called a Comal). Once cooked, they are split and stuffed with a variety of ingredients and condiments.

Guacamole – An avocado-based dip invented by the ancient Aztecs, which is now central to Mexican cuisine and enjoyed all round the world

Hominy – a food produced from dried maize (corn) kernels that have been treated with an alkali (usually either lye or slaked lime), in a process called nixtamalization. Hominy is usually finely ground to make masa.

Huaraches – Particularly popular in Mexico City, this is an oblong Mexican Pizza. The base is made of fried masa (corn flour) shaped in an oblong that’s like the sole of a Mexican sandal, called huarache. The base is then covered with a variety of toppings: salsa, onions, potato, minced beef, and cheese

Huevos – Eggs, and one of the most popular egg dishes is the Huevos Rancheros Breakfast. It consists of a fried egg on a fried corn tortilla with a red chili sauce and served with refried beans, Mexican rice, and guacamole.

Masa – a maize dough that comes from ground nixtamalized corn (hominy). It is used for making corn tortillas, gorditas, tamales, pupusas, and many other dishes

Mixiote – A meat dish from Central Mexico that is now usually prepared in an oven. Cubes of meat (lamb, pork, chicken, or rabbit) are seasoned with chili peppers, herbs, and garlic then wrapped in small packages in the leaves of the maguey plants (an aloe-like plant native to Mexico) which impart a unique flavor

Moles – Rich Mexican sauces, some of the most common of which are Mole Poblano, Black Mole, and Mole Verde. Mole Poblano contains around 20 ingredients, including chocolate and mulato peppers and things like pulverized raisins, almonds, and peanuts. It has a pleasing, sweet, savory flavor that is especially delicious with chicken. Black Mole contains all sorts of sweet, sour, and spicy delights like cinnamon, cloves, black pepper, cumin, pumpkin, and sesame seeds. Mole Verde gets its bright green color from pumpkin seeds and green chili as well as green tomatoes, jalapenos, celery, cilantro, chard, and parsley.

Molletes – Made from bolillos, sliced through the middle, hollowed out, then filled with refried beans, topped with cheese and peppers and grilled in the oven until the cheese melts.

Nachos – Popular Tex-Mex dish made up of a bowl of corn tortilla chips (baked or fried tortilla segments) covered with a cheese sauce and jalapeno peppers. Other meats, vegetables, beans, and/or condiments can also be added.

Poc-Chuc – A signature dish of the Yucatan Peninsula, poc-chuc is meat, commonly pork, that is prepared in a citrus marinade and cooked over a grill. Poc-chuc is often served with a side of rice, pickled onion, refried beans, and avocado.

Quesadillas – Mexico’s answer to the grilled cheese sandwich. A soft tortilla in a pan is sprinkled with cheese and as it melts other ingredients can be added, such as onions, peppers,beans, or shredded meat. Then the tortilla is folded over into a half moon and served.

Queso – Meaning cheese, of which there are many native varieties made in Mexico. The most basic being queso fresco, a white spongy cheese

Salsa – A Spanish word meaning sauce. In the context of Mexican cuisine it has become associated with chopped fresh and raw tomato, onion and chili mixture that is served as a dip or condiment

Tamales – An ancient form of portable food eaten by the Aztecs and Mayans and still enjoyed in Mexico today. Corn-based dough is filled with meat, cheese, fruits, vegetables, or anything else you fancy, and wrapped in a corn husk or banana leaf then steamed. The wrap is discarded before eating.

Tortilla – A type of thin, unleavened flatbread made from finely ground corn, which forms the staple food of Mexico